6.3 Wandering in the Concepts of Landscape in the 18th Century

Landscape painting deserves separate consideration.1 Again, the successful school was the one that came to terms with French taste, especially with Claude Lorrain and Nicolas Poussin. Not the followers of Jacob van Ruisdael and Meindert Hobbema, but the epigones of Jan Both and Nicolaes Berchem continued in the art of the 18th century. In this study we have often mentioned the names of the Berchem and Both followers: the families Roos and Van Bemmel, Johann Franz Ermels, Christoph Ludwig Agricola, Christian Hilfgott Brand, Franz de Paula Ferg, etc. 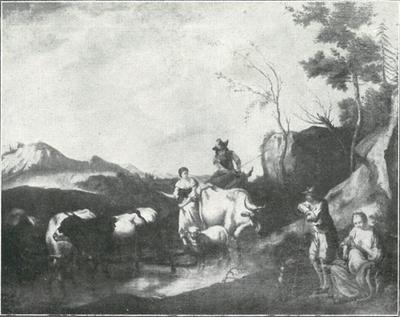 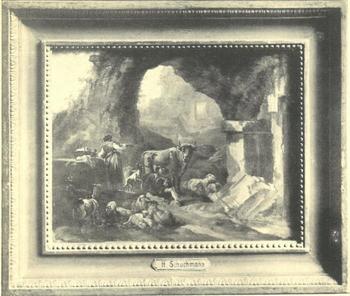 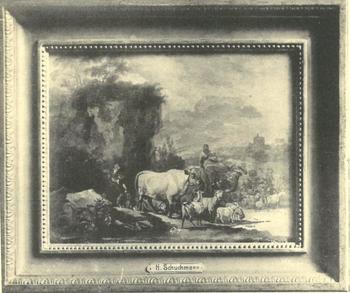 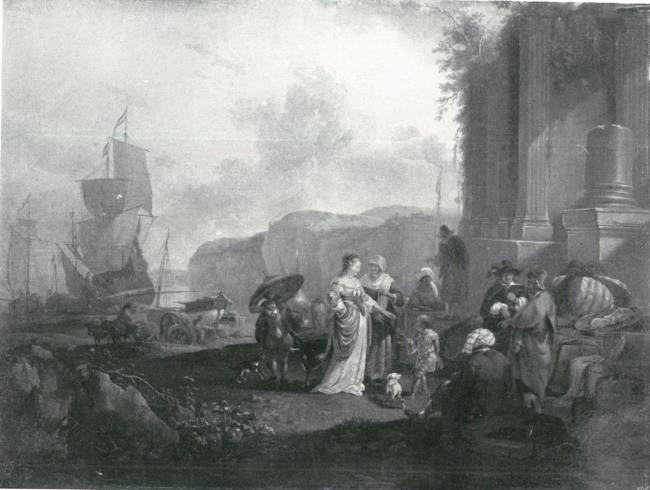 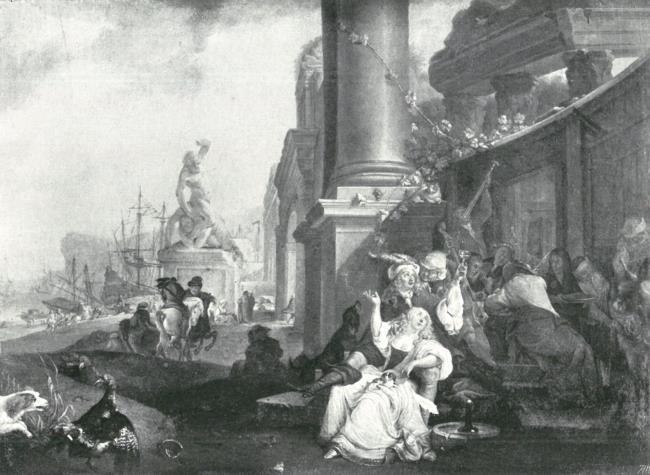 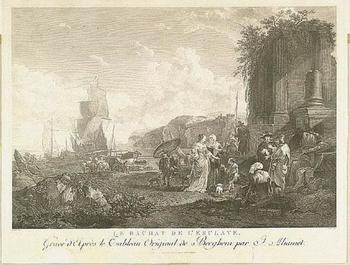 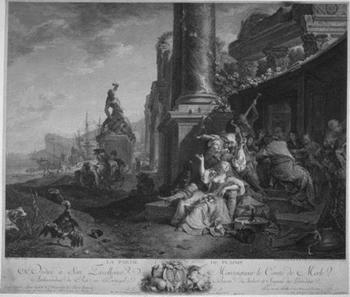 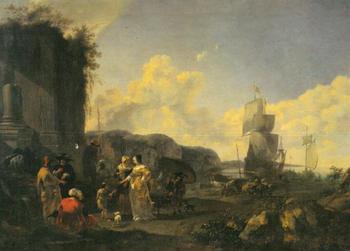 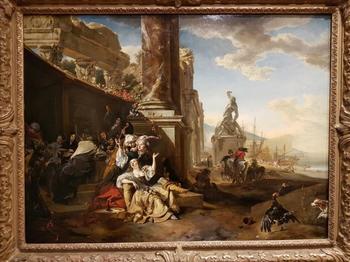 An offshoot was formed by the followers of Herman Saftleven and Jan Griffier I, for whom the painstakingly clean execution also served as a recommendation. The Schütz family, Joachim Franz Beich and Johann Sebastian Bach are the most important artists. We can even add the grotto-painter Georg Heinirich Hergenröder, who combined arcadian ruins and Schütz-like landscapes.

Apart from Berchem, Philips Wouwerman was the favorite painter of the Rococo. Revered by collectors in France and Germany, which is ̶ given his feathery-dainty painting ̶ very understandable to us, he was imitated time and again by German artists during the whole century. From August Querfurth (born in 1696) until Karl Schulz (born in 1796) and beyond, we can give examples in every generation. These followers of Jan Both, Nicolaes Berchem and Philips Wouwerman sometimes mixed their examples with French and Italian (Venetian) art, so that the uniquely Dutch aspect gradually got lost. They were after all children of the Rococo, who wanted to paint nature in a romantic way.

In the second half of the century a countermovement set in. Artists were looking for the true landscape and the real nature. But as they did not trust their own senses, they saw nature through the eyes of the old Dutch masters, who served to justify the new striving and thus became a stepping stone towards the new realism. This led to a bourgeois classicism, which rejected the ‘old Dutch masters’ for other reasons. The artists of those days didn´t find severe realism in the idyllic and sunny paintings of Jan Both and Nicolaes Berchem.

Therefore Johann Friedrich Weitsch turned away from Both in his later years and edified himself with the heavy forest paintings of Jacob van Ruisdael. The younger Friedrich Georg Weitsch, Wilhelm Kobell and Franz von Dallinger looked to Potter’s heavy animals and smiled about Berchem’s gentle pastorals. Until late into the 19th century, the Dutch masters remained the archetype of a healthy realism, whose schooling was useful to any young artist. The goal was, however, to overcome this stage of old master painting to achieve a true realism.

Next to landscape painting, the new bourgeois taste, unlike the Rococo art of the court, gave new impetus to genre painting. Some telling examples of this phenomenon, such as Johann Jakob Dorner, were offered by Munich art at the end of the 18th and the beginning of the 19th centuries. Here the paintings of Gerard Dou and his school were imitated the most often. Other models were not completely forgotten, as the paintings of Josef Platzer and the Morgenstern family testify. This Renaissance of Dutch painting can be observed equally in Holland itself as well as in Flanders. It is symptomatic for the style of the times.

Jan Both, Nicolaes Berchem, Philips Wouwerman and Jacob van Ruisdael have never been in Germany,5 but their works were to be seen in the princely galleries and other collections. From old auction and collection catalogues we learn, that there were many Dutch pictures in several German cities, like Frankfurt am Main and Hamburg. But finally and primarily Dutch art was known through graphics, both reproductive prints and original etchings.

4 [Gerson 1942/1983] Philip Freund’s name is only known through these two paintings, auctioned in Vienna in 1912. The works are copies after prints (figs. 6-7), one after Nicolaes Berchem and one after Jan Weenix. It is likely that Freund, if such a person existed, never saw the paintings (fig. 8-9), which were in Paris at the time. Also the ‘fact’ that he was in Paris in 1803, seems to be derived from this.

5 [Van Leeuwen 2018] Obviously, Gerson did not consider Ruisdael’s wanderings around Bentheim and Steinfurt in West Germany as proper visits to Germany.