3.7 Artists in the Dutch Manner in Nuremberg

What the Roos family was for Frankfurt, the Von Bemmel family was for Nuremberg. Willem von Bemmel’s son, Johann Georg von Bemmel (1699-1723) [1], kept up decorative landscape painting in the style of the Utrecht school, admittedly in a rather weak way, in which one recognizes foremost the examples of Adriaen Bloemaert.1 Younger members of the family like Johann Christoph von Bemmel (1717-1788) often followed the Saftleven-Griffier scheme [2-3]. 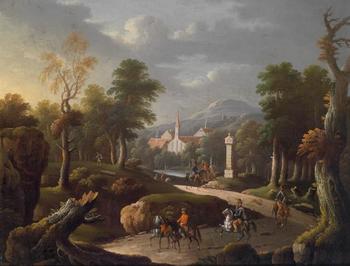 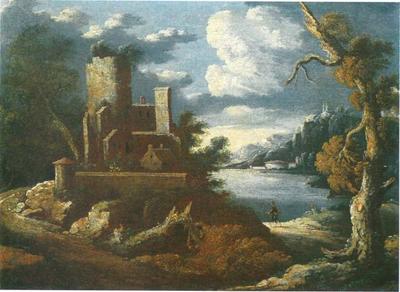 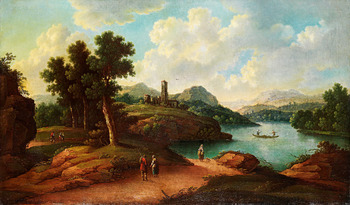 Johann Martin Däubler (1756-1821) painted similar landscape as well as Dutch peasant scenes [4]. The family Dietzsch, to wit Johann Israel Dietzsch (1681-1754) [5-6] and eight painting children, shone as landscape- and flower painters [7-8], at least in the eyes of their contemporaries.2 Their works are rather impersonal, finely executed little paintings in a Dutch character, which will probably also have stimulated Johann Georg Wille to have flower and landscape drawings by ‘M. et Mlle. Dietzsch sent to him in Paris.3 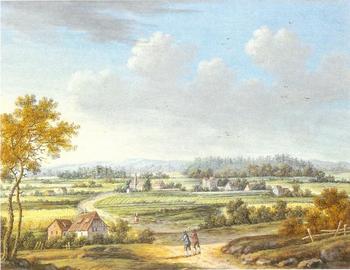 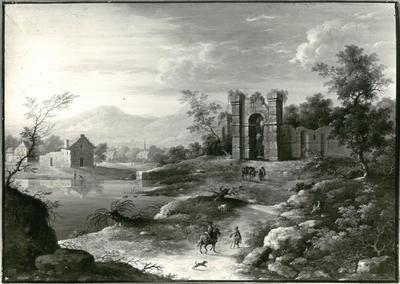 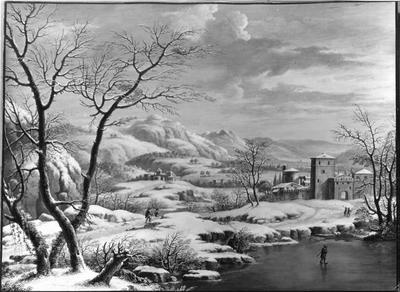 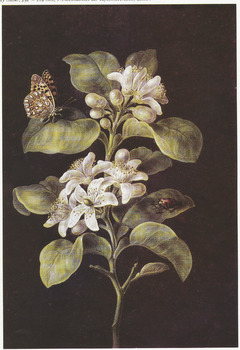 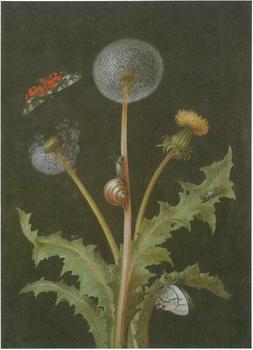 Let us yet mention here, as we move to Southern Germany, Joseph Dorn (1759-1841) [9], the pupil and son-in-law of Marquard Treu (1713-1796) [10-13]. Dorn worked as a restorer in Bamberg and Pommersfelden and became known for his extremely meticulous copies after old masters, in particular after Gerard Dou, in whose style he could paint.4 In Southern Germany we will encounter the Dou cult yet again. 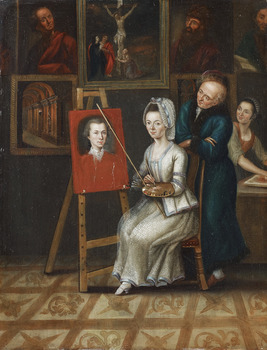 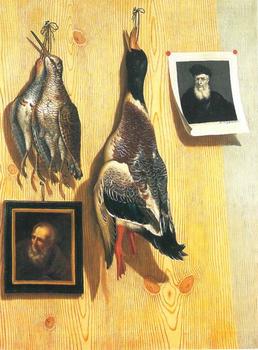 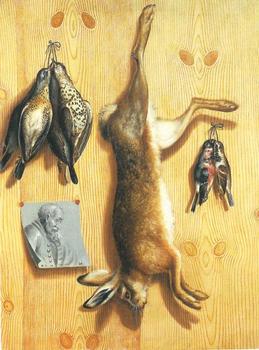 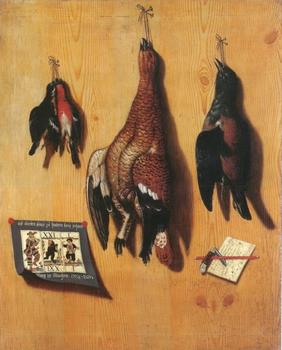 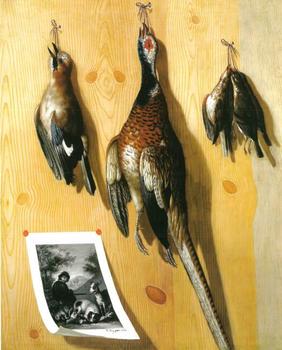 2 [Van Leeuwen 2018] The most famous member of the Dietzsch family was Barbara Regina Dietzsch (1706-1783); her work was exported to the Netherlands and England (Schmidt-Liebich 2005). Only recently her work gets more attention. Many images and documentation in the archive of Sam Segal, RKD.

4 [Gerson 1942/1983] I only know small copies after Italian masters, as well as bad genre scenes. Do we have to do with a mix up as a Dou imitator with Johann Jakob Dorner? [Van Leeuwen 2018] Nagler is quite elaborate on Joseph Dorn, who copied and worked in the manner of Frans van Mieris, Gerard Dou, Adriaen van der Werff, Gerard ter Borch and other Netherlandish artists, as well as after Balthasar Denner (RKDimages 290976). Nagler also said that Dorn sometimes did not sign his works at the behest of art dealers, who sold them as old masters (Nagler 1835-1852/1904-1914, vol. 4, p. 55-57).