The art in the Rhineland offers our study very little reason to stay here for long. So near to the French sphere of influence, it follows the trends of the neighboring country in the great century of French art. As we traced the artistic aspirations at the court in Düsseldorf until the death of Elector Johann Wilhelm in 1716 [1], there remains little for us to do but to call attention to some latecomers in Cologne and Düsseldorf.

The ostentatious and enterprising Clemens August, Elector and Archbishop of Cologne (1700-1761) [2], played an important role as a patron of architecture in his vast territory.1 As a collector he was less distinctive than the older Lothar Francis of Schönborn (1655-1729), who founded the gallery at Pommersfelden. The artists he employed were mainly Frenchmen, Italians or French schooled Germans. Painters played no big role anyway at his court. According to Houbraken, Bartholomeus Douven (1691-after 1726) is supposed to have worked for Clemens August.2

The flower painter Johann Martin Metz (1717-1789/1790) provided some overdoor paintings for Castle Brühl [3-4],3 which show us that he took the Flemish masters and the decorative Dutch still-life of painters like Jan Davidsz de Heem as an example [5]. His daughter, the flower painter Gertrud Metz (1746-1793), trained herself in the Düsseldorf Gallery by studying the beautiful pieces of her revered predecessor Rachel Ruysch [6]. Father and daughter both spent some time later on in London, where their meticulously painted Dutch works were very much sought after. 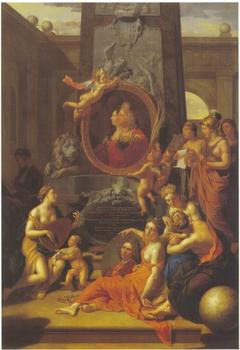 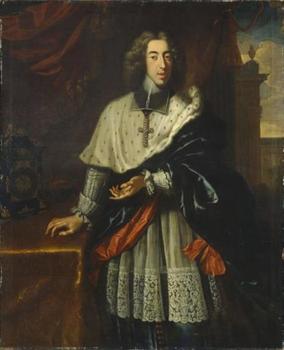 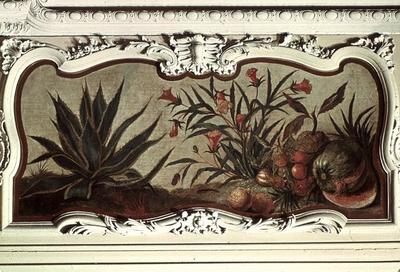 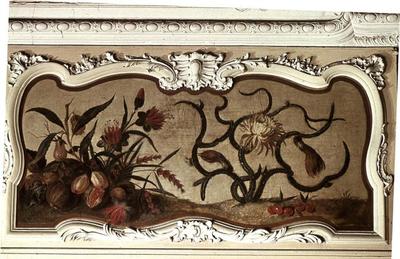 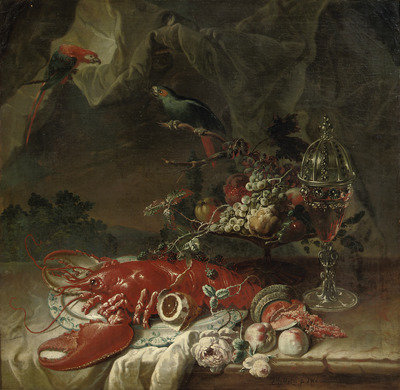 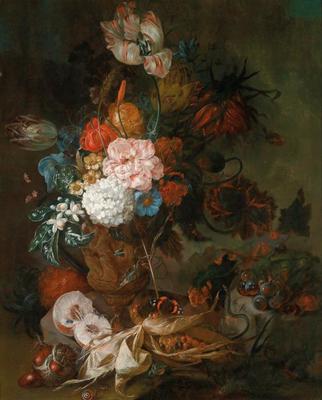 Caspar Arnold Grein (1746-1835), another pupil of Johann Martin Metz, excelled through his old master’s technique in flower painting, in which he wanted to compete with Jan van Huijsum [7-8]. Catharina Treu (1743-1811) from Bamberg was called to Düsseldorf as a professor of flower and insect painting because of her great achievements in this field. Her still-lifes even transcend the decorative and try to emulate the great Willem Kalf [9-10].4 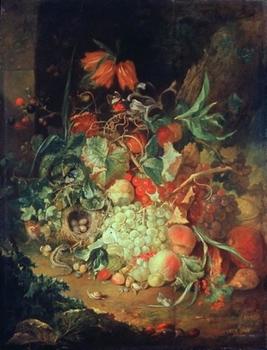 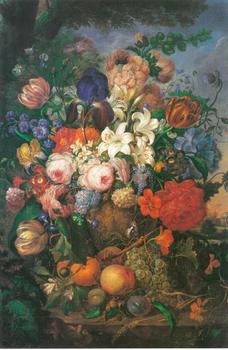 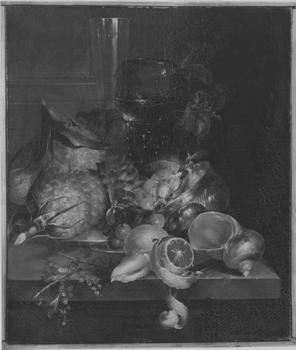 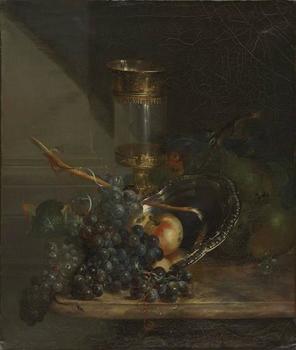 The decorative Dutch fine painting from the Düsseldorf Gallery bore fruit! It is hardly surprising that a pupil of Gallery director Lambert Krahe, Jan Frederik Schierecke (c. 1752-1801) copied the paintings in the Gallery [11]. It didn’t make him into a well-known artist though. Johann Gerhard Huck (c. 1759-1811), who was also a pupil of the Academy, gained more renown as a mezzotint artist [12]. Willem Joseph Laquy (1738-1798) from Brühl painted as a one-off a masterpiece in the slick manner of Frans van Mieris I, whose paintings he will have seen in Düsseldorf [13-14].5 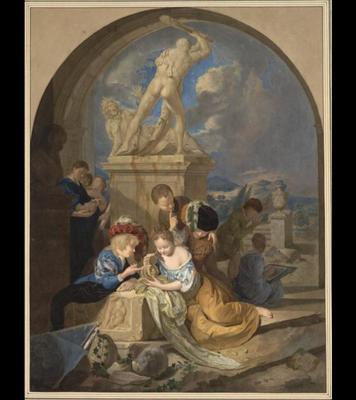 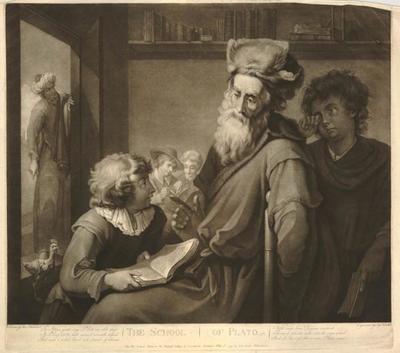 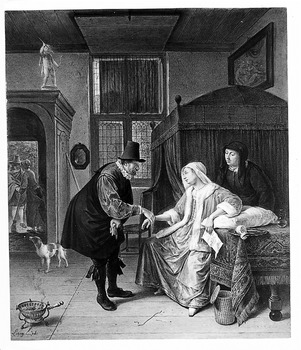 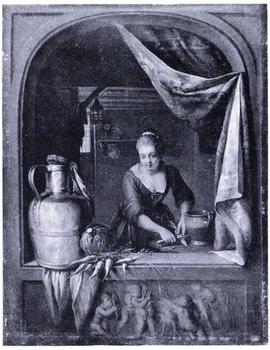 The Dutch direction in landscape painting is represented by Bernard Gottfried Manskirch (1736-1817). Suffice it to say, that he didn’t take Jan van Goyen but Herman Saftleven, Jan Griffier and Jan Both as his role models [15-18]. 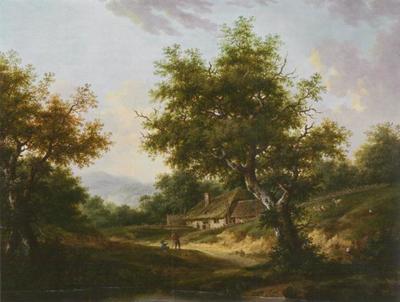 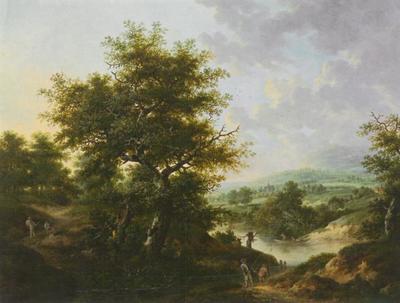 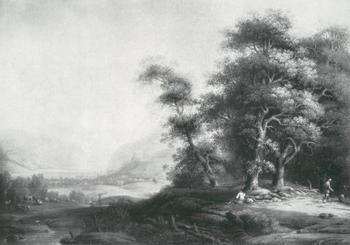 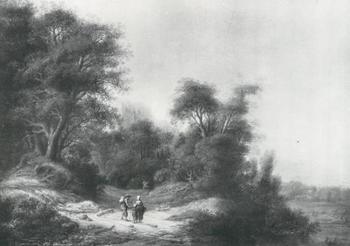 His son Frans Joseph Manskirch (1768-1827) has been taught by his father in the imitation of the Dutch masters and already in 1790 his night pieces were being compared with those of Aert van der Neer; he painted some pictures in the manner of Philips Wouwerman and Nicolaes Berchem [19-20]. A real experience of nature is not expressed in these Rococo vedute [21-22].6

Only in the 19th century Düsseldorf became known as ‘City of the Arts’, a name that does not have a good ring anymore among art lovers. However, we will not be able to ignore the city completely, as here, of all places, the realistic and romantic Dutch masters of the 17th century were asked for their blessing one more time.7 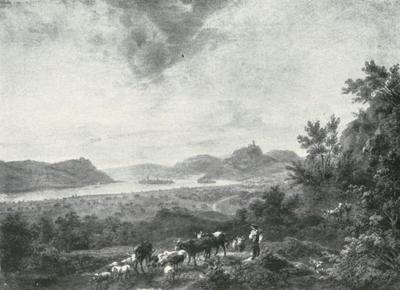 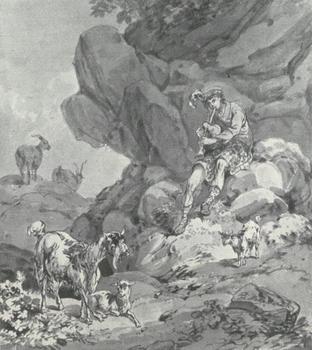 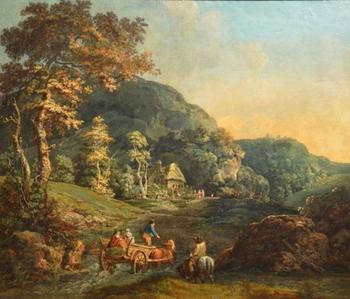 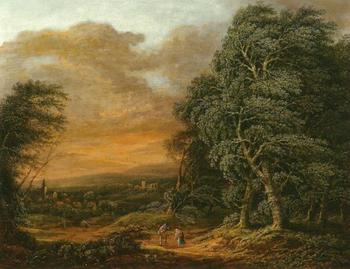 3 [Van Leeuwen2018] The decorative paintings are only attributed to Metz and look quite different from his other known works. Maybe they are based on studies by Albert Eckhout.

5 [Gerson 1942/1983] Auction Cologne (Lempertz) 5/6 June 1893, lot 71. [Van Leeuwen 2018] Laquy spent about 30 years in the Netherlands. It was mostly in the Netherlands where he studied the Dutch masters (the Braamcamp collection in Amsterdam, the gallery of Willem V in The Hague). The work Gerson mentions is from his Dutch period. Indeed the relief occurs in paintings by Frans van Mieris I and II as well as in those of Willem van Mieris. It is based on a marble bas-relief of 1626 by François Duquesnoy (1597–1643) in the Galleria Doria Pamphili, Rome. However, the composition is mostly based on Gerard Dou (RKDimages 250556). On Laquy’s focus on works by Dou: Korevaar 2011. However, the drawing after Jan Steen in the Amsterdam Museum probably has been created in Düsseldorf.