1.2 Emulators of Rembrandt in Berlin

In the same way as the Great Elector preferably appointed Dutchmen as court painters, Frederick the Great favoured France’s artists with similar exclusivity. To him we owe the small but choice collection of French paintings, especially by Antoine Watteau, Jean Baptist Pater and Nicolas Lancret, which we can still admire in the Prussian castles and in the Berlin museum. His court painter was the Frenchman Antoine Pesne (1683-1757), who almost became a native in the nearly forty years of activity in Prussia. His portraits and depictions of elegant festivities do not deny a context with his homeland, with Watteau, Pater and Lancret. However, his contemporaries couldn’t but notice, that he found Rembrandt’s art as a source of inspiration. Matthias Oesterreich is of the opinion, that Pesne only started to imitate Rembrandt’s manner of painting in his later years and ‘that he can be equaled without qualms with Rembrandt’.1 The marquis d’ Argens even went so far as to claim, that his likeness of Georg Wenzeslaus von Knobelsdorff ‘efface un Rembrandt!’ (outweighs a Rembrandt) [1].2 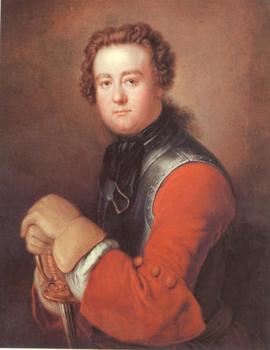 When we reduce these sentimental exaggerations to normal proportions, we can really say that Pesne did paint some genre-like portraits in the manner of Rembrandt. The portrait of Nicolas Vleughels in the Louvre (of 1723, so in no way a late work) [2] belongs to this group, as also do works in the Neues Palais in Potsdam [3] and in Schwerin [4], which adjusted Rembrandt’s Saskia portraits to the smooth taste of the 18th century [5-6].3 In his manner of Rembrandt imitation he adjoined his compatriot Raoux, i.e. he took a flamboyant composition from Rem5brandt, polished the surface in the manner of Dou and lighted it like Schalcken. Pesne’s pupil Bernhard Rode (1725-1797) from Berlin painted mainly historical scenes and decorations for the Prussian castles in the French manner. But in his cabinet paintings he sometimes fell back on the compositions and techniques of the young Rembrandt, in the same way as the Zicks did, both father and son [7-10].4 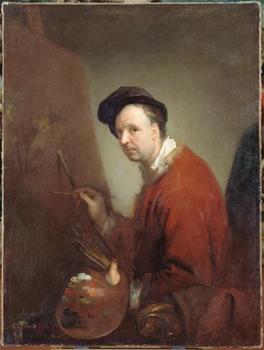 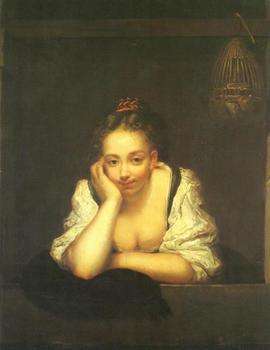 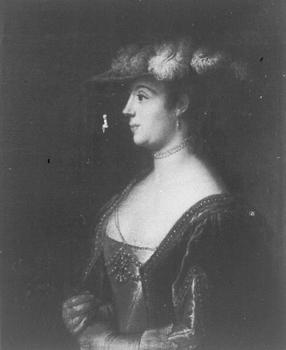 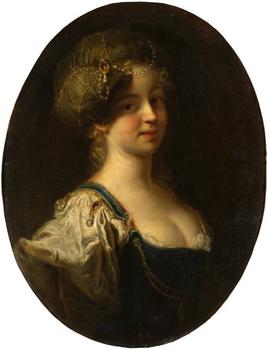 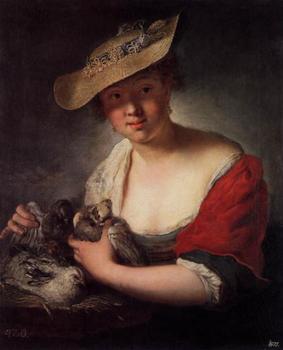 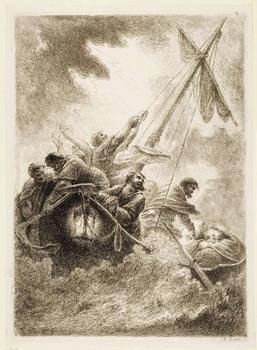 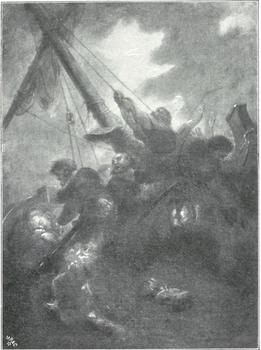 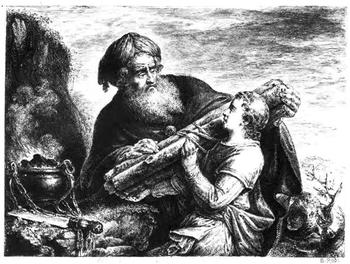 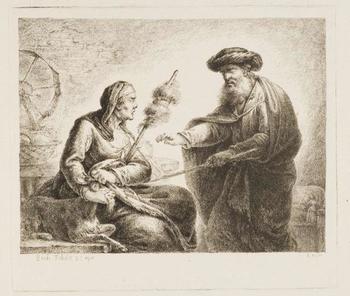 Furthermore we also have to look for ‘Hollandisms’ in the smaller arts. The engraver Georg Friedrich Schmidt (1712-1775) is a good example in this respect: we only need to compare his self-portrait of 1758 [12] with Rembrandt’s etching of 1648 (B. 22) [13]! After his return from Paris and Russia (1762) he engraved many Rembrandt paintings and paintings of his school,5 whereas before 1753 he worked almost exclusively after French examples. He did not disdain to take Christian Wilhelm Ernst Dietrich as an example and thus a Rembrandt imitation in the third hand arose [11]. 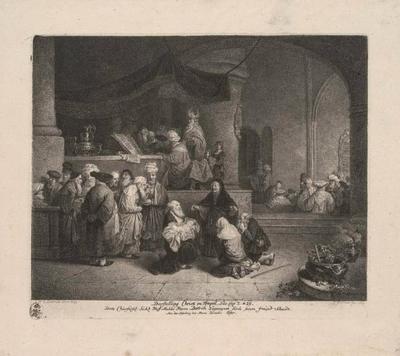 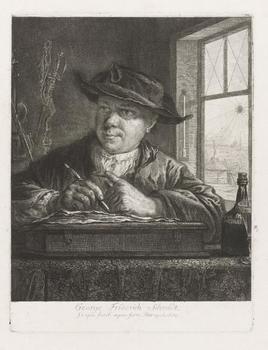 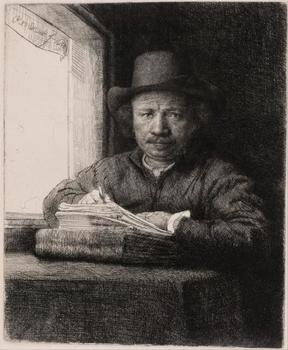 Schmidt also possessed an etching plate of Rembrandt which he reworked in his own taste [14].6 For him Rembrandt wasn’t the great, magic artist, but rather a representative of Dutch, bourgeois realism. This spirit he found in pupils and imitators alike.7 Paintings by him are unknown nowadays, just like those of his pupils Johann Gottlieb Glume (1711-1778) [15]8 and Joachim Martin Falbe (1709-1782) [16-18], of whom we do have, however, drawings in the manner of Jan Josef Horemans [19].9 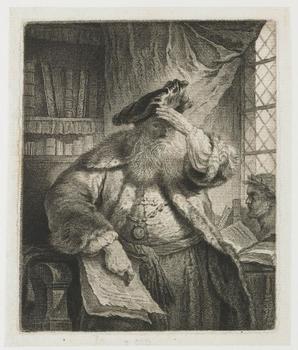 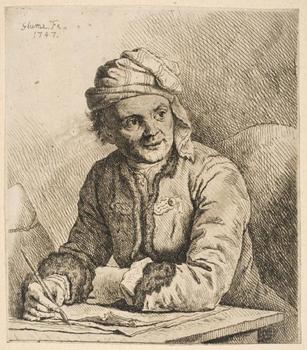 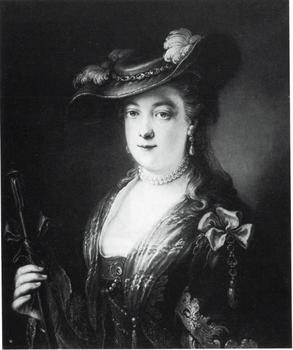 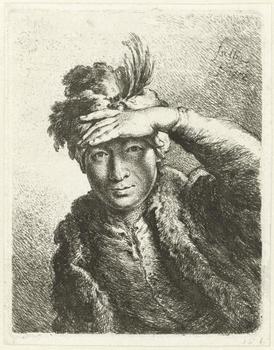 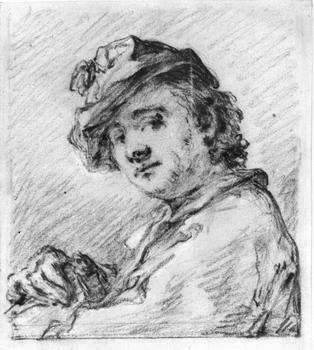 Daniel Chodowiecki (1726-1801), a real narrator of the bourgeois, everyday life of his time [20-21], was in Berlin a pupil of the Englishman Haid,10 who seems to have introduced him to the graphics of Rembrandt. Small works in oils and in enamels from his early days with Rembrandt-like light effects and Dutch costumes can confirm this. In addition, some etchings, which are explicitly described as ‘after Rembrandt’ [22]. Orientals, Turks, candle-light effects in the Dutch taste frequently appear in his early works, although he did not try to imitate Rembrandt’s etching technique. As a prolific draughtsman and illustrator of the Berlin bourgeoisie, Chodowiecki is altogether independent, but it is charming to see how the new style slowly developed under the shelter of the Dutch realism. For Chodowiecki, as for many others of his time, Rembrandt doesn’t stand out as a genius among talents. Dutch minor masters such as Adriaen van Ostade, Aert van der Neer and Godfried Schalcken in their turn offered a wealth of stimulating motifs, that one could use.11 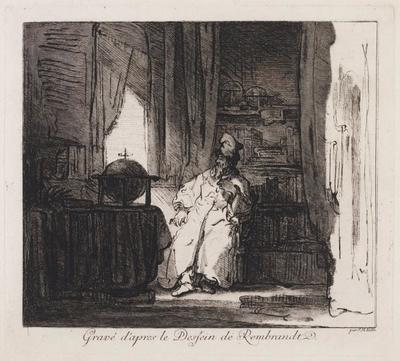 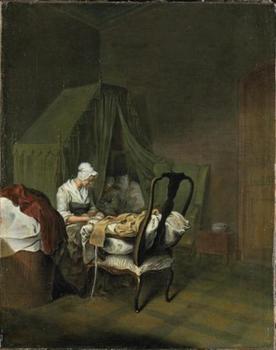 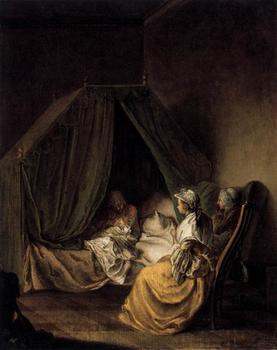 Although the area of graphics is only lightly touched upon in our study, the hobby of the great Alexander von Humboldt (1769-1859) must be mentioned here. In his leisure time he made some very rare etchings after Rembrandt and after Schmidt-Rembrandt [23].12 Another royal amateur, Friedrich Wilhelm I of Prussia (1688-1740), even painted after Dutch examples. When Johann Heinrich Wilhelm Tischbein came to Berlin around 1778, he saw some beautiful pictures by him, ‘especially a few old heads after Abraham Bloemaert’.13 In the hunting lodge Grunewald hangs a Bathseba of 1737, ‘free after G. Flinck’ [24].14 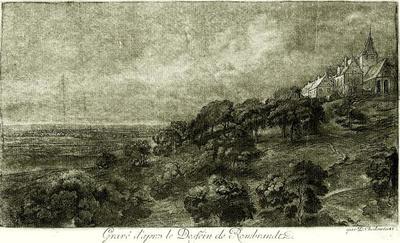 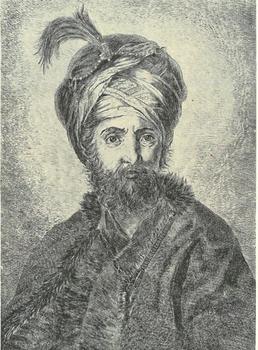 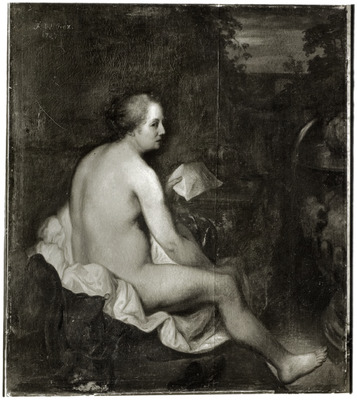 3 [Van Leeuwen 2018] Besides the comparison with Rembrandt’s Saskia in Dresden, Marx observed a similarity with Gerard van Honthorst’s Shepherdess with pigeons (Utrecht, RKDimages 1153) which Pesne could have known through a print (Marx et al. 2003-2004, p. 267).

7 [Gerson 1942/1983] Schmidt was great friends with the printmaker Johann Georg Wille (1715-1808), who wrote of him : ‘he became … perfect in the imitation of the style of Rembrandt, of whom no other artist before him caught the learned and picturesque manner in the same way as he (!)’ [‘il... devient …. parfait dans l’imitation du genre de Rembrandt, dont jamais artiste n’avoit aussi bien saisi la savante et pittoresque manière [sic!)] que lui’] (Duplessis 1857, vol. 1, p. 48).

8 [Van Leeuwen 2018] Glume and Falbe were friends of Schmidt, not his pupils. Glume also was active as a collector: in 1774 he owned a painting by Abraham van Dijck, at the time attributed to Rembrandt, now in Leipzig (RKDimages 241937). It was engraved by Georg Friedrich Schmidt (RKDimages 118111).

9 [Van Leeuwen 2018] For an oeuvre catalogue on Falbe: Berckenhagen 1989. His etched work is largely after or related to Rembrandt; his painted portraits are not related to Dutch art. In 1769 he also painted a Saskia-like figure (illustrated here).